Schoolhouse #2
Once located at 132 Wilson Crossing Road near Spofford and Pingree Hill Roads.
1745: the first reference as a school house #5 from the Town of Chester town reports.
1857: The school was rebuilt by neighbors for $647.00.
1970: It was still standing. Currently, the old schoolhouse is used a private residence.
​Schoolhouse #2 then and now 2017 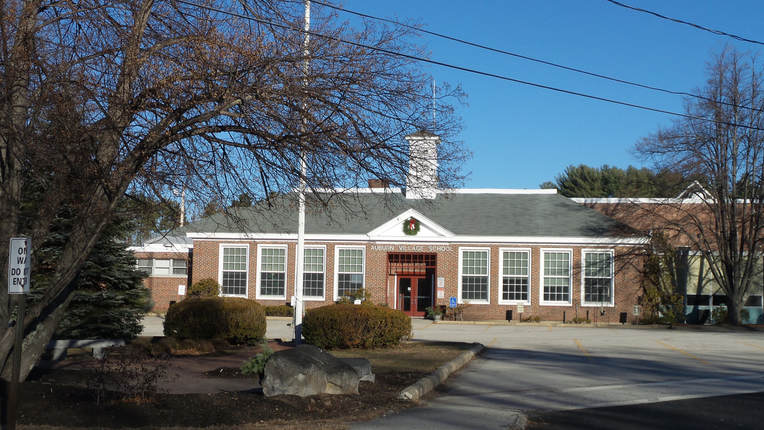 Schoolhouse #3 - Auburn Village School is located at Hooksett Road and Eaton Hill Road Extension.
1827: The school was originally built and closed in 1947.
1947: A new brick schoolhouse was built for $8,500.00 (first 2 rooms) and many updates such as new class rooms, a cafeteria and gymnasium have been added over the years as well as portable classrooms have become a part of Auburn Village School as we we see it today.
June 2018: The new 14 million dollar addition was started.
Schoolhouse #5 is located at 353 Bunker HIll Road and Dunbarton Road.
This building was built during the pre-civil war years.
1815: It was sold to Pike Chase for $6.00 then the building was moved further down Bunker Hill Road and converted into a sheep barn.
1851: The school was replaced for $175.00.
1840: The school ws closed and was turned into a private home. 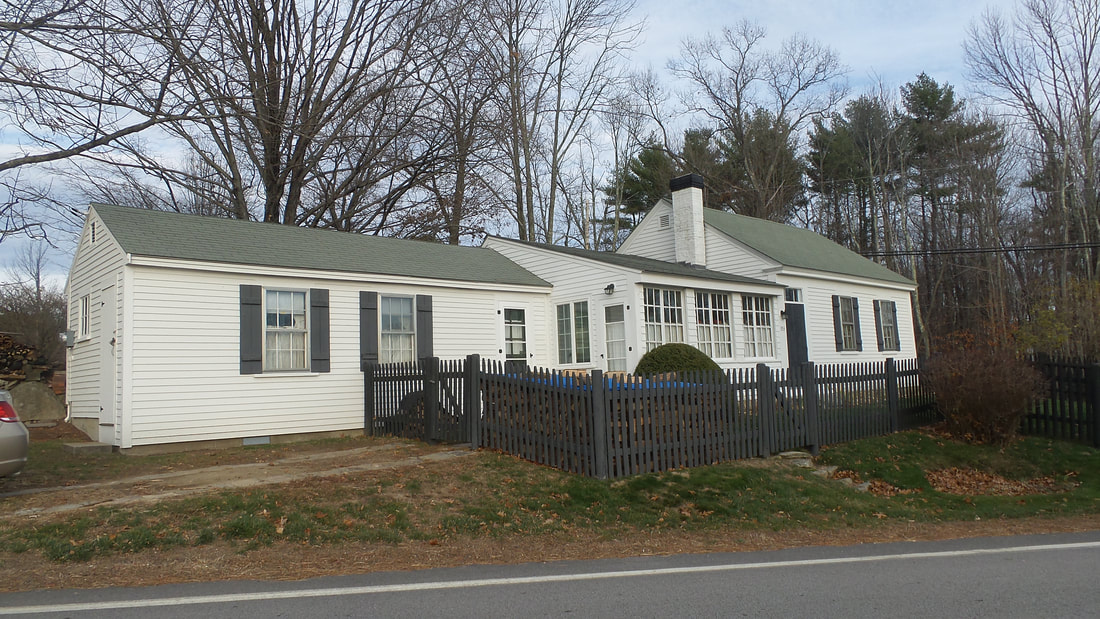 Schoolhouse #6
1816c - Known as as "Mosquito Brook School"
Once located on the west side of Dearborn Road just North of the Milestone corner. (see below)
(South of Raymond Road & Chester Turnpike)
1855: The schoolhouse was moved to Raymond Road between the milestone and Butler - Pot Spring Corners. Amherst Coult gave the wood frame for the school and construction was soon completed at the cost of $285.00 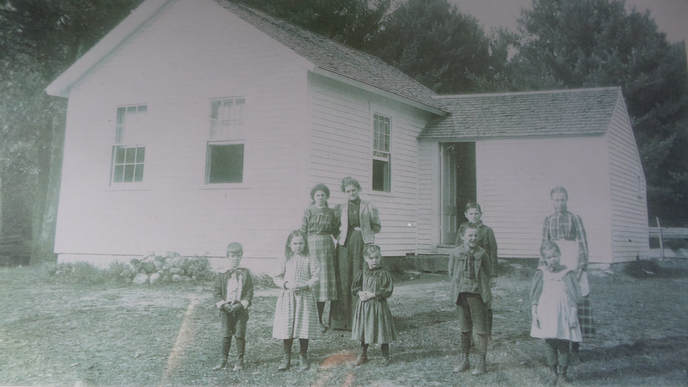 1709: the Four Corners Mile Marker was erected.
The Marker is located at the intersection of Raymond and Dearborn Roads.
The Stone marker tells the distance in miles to the local meeting houses:
Four Miles to Candia Meeting House and six miles to Chester meeting house.
Schoolhouse #8
1805: Schoolhouse #8 was built on Londonderry Turnpike (By-Pass 28) and Fox Lane
1856: The school district saved money by shortening the length of the school year to 13 weeks.
1910: The school district made an increase to 29 weeks for the school year. 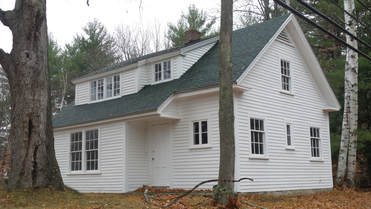 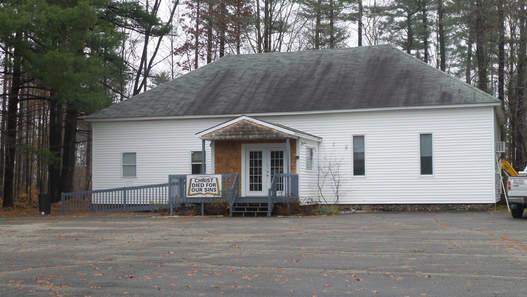 Severance School
1921: Severance School was built on Candia Road by Ed Smith for $1,000.00 (Now Manchester Road)
1945c: In December there was a fire which started in wood chips under a cement and brick floor in the boiler room. George Sell arrived to fill an oil drum and noticed the fire.  William Dollard and George extinguished the blaze with the help of the Auburn Fire Department in 2 hours time. The scene where the blaze was located was in a room formerly used as a woodshed.  Officials revealed that a centralized heating system had been installed and the room was made to be fire proof. The City of Manchester "Water Works" bought the once Severance School on 11/09/2018 for $67,500.00
​